Home Advertising Best Amul Ads of 2016 Featuring The Iconic Amul Girl
Share on Facebook
Tweet on Twitter
In this picture post we will be showcasing some of the best Amul Advertisements of the year 2016. Central to all Amul ads is the Amul Girl – a bubbly young Indian girl with blue hair and a half pony tied up.
These ads, considered by many to be the best Indian concept advertisement of all time, often offer witty commentary on events that grab media attention. Hope you like the first part of our presentation. Enjoy!
1. The Amul Girl pays her tribute to the Pathankot Martyrs. 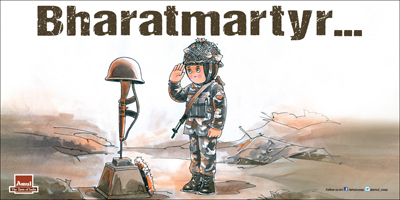 View Part 2 of the series: Best Amul Ads of 2016 Featuring The Iconic Amul Girl [Part 2]
2. Our Amul Girl shows her appreciation for the #Make In India Initiative of the Indian Government. 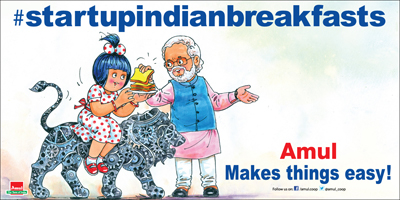 3. This is what our Amul Girl has to say about the Declassification of Netaji Files. 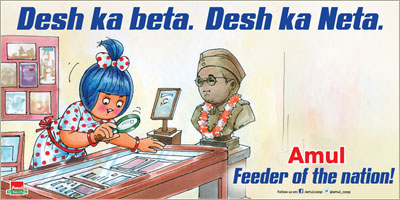 4. Amul Girl’s take on the controversy surrounding Virat Kohli’s send-off of Steve Smith during a T20 game in Adelaide. 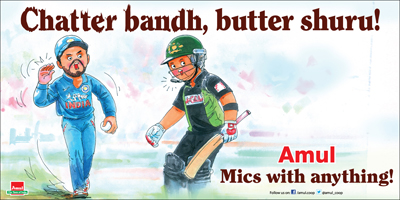 5. The Amul Girl celebrates the movie on Neerja Bhanot – India’s Dare Hostess who got killed while trying to save the lives of hundreds of passengers on board the Pan Am Flight 73, which was hijacked by terrorists on 5 September 1986. 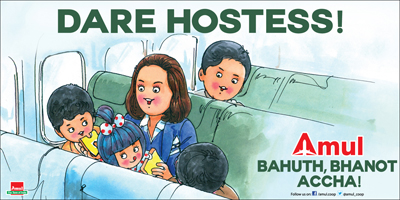 6. When the Auction of the Kingfisher Logo failed to excite any interest among bidders, our Amul Girl says the ‘Logo is a no-go“ 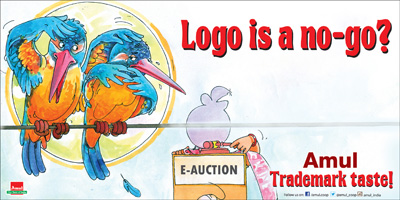 7. Our Amul Girl Celebrates the Achievements of Deepa Karmakar at the Rio Olympics. 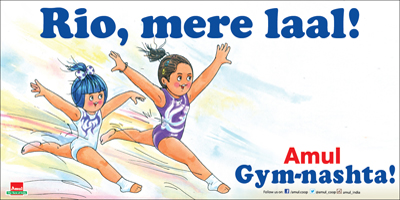 8. Our Amul Girl offers her condolence on the death of Mohammad Ali – considered by many as the greatest boxer of all time. 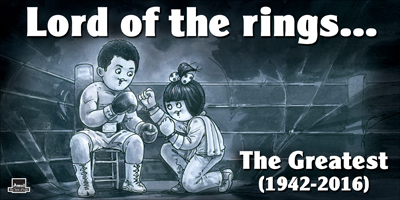 9. When Lionel Messi announced his retirement from the National Team, our Amul Girl says that his are “Messive shoes to fill” 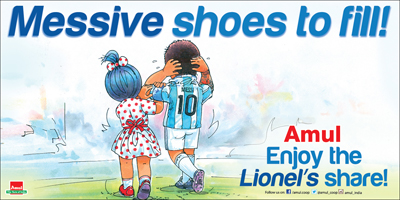 10. Our Amul Girl celebrates the Appointment of Anil Kumble as the Head Coach of the Indian Cricket Team. 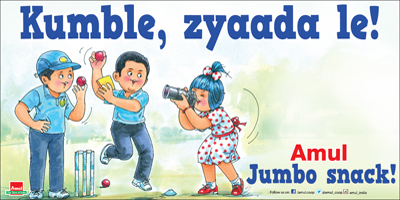 11. Our Amul Girl’s take on the controversy surrounding the surge pricing charged by Cab Service companies like Ola and Uber. She want’s to know “Surge Kya, Jooth Kya’? 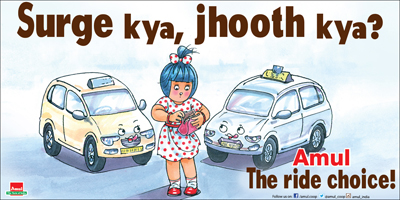