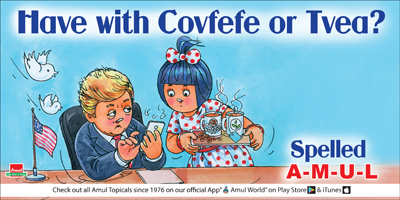 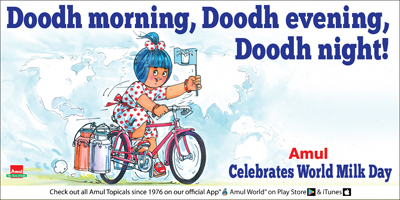 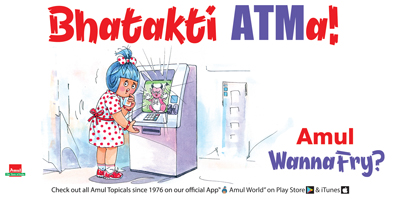 Amul girl celebrates the phenomenal success of the movie Baahubali 2. 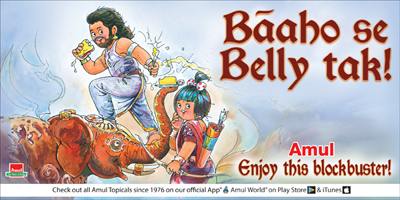 Effective 1st May 2017, Government of India has banned the use of red beacon lights atop official VVIP’s vehicles. Amul girl says, “Out with red [and] in with bread”. 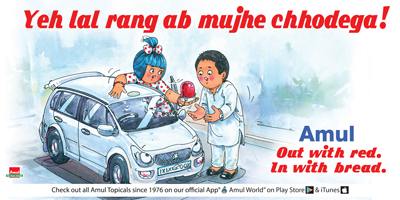 Amul’s ad on the Government’s efforts to make the Aadhaar Card Mandatory for all. 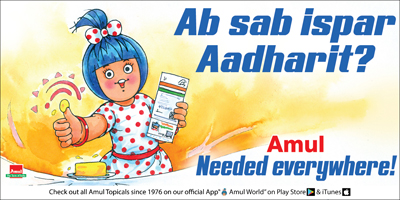 Telecom companies Vodafone and Idea decided to merge with each other in a bid to counter the threat from Reliance Jio. Amul brought out the ‘Merger with Bread’ ad to mark this event. 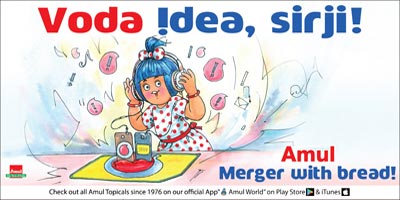 Amul pays tribute to INS Viraat, the oldest aircraft carrier in the world which was decommissioned from the Indian Navy. 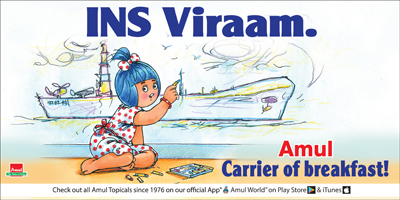 Steve O’Keefe picked up 12/70 in the First Test against India at Pune, the best figures by an overseas spinner in the country. Our Amul Girl says “Give it a spin!” 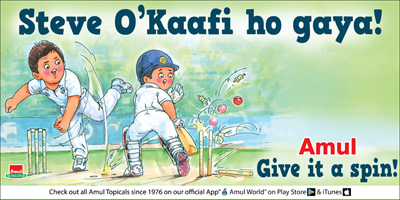 England all-rounder Ben Stokes became the most expensive overseas player in the IPL history with Rising Pune Supergiants signing him up for Rs 14.5 cr. Amul came up with the ‘Ben Maska’ Ad to mark the occassion. 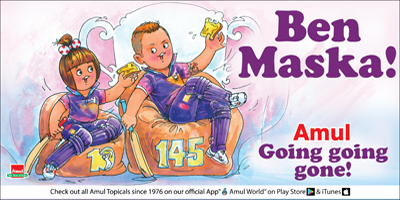 On February 15th, ISRO created history by launching 104 satellites. Amul came out with this ad to celebrate the occassion. 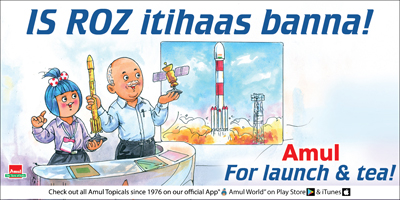 With Infosys founders and board members engaged in a war of words, Amul came out with the ‘Ikke pe Sikka” ad. 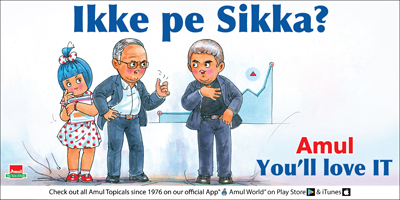 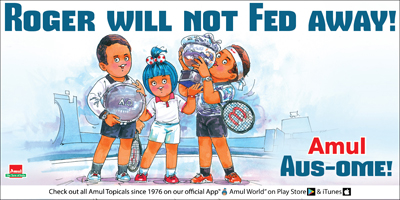 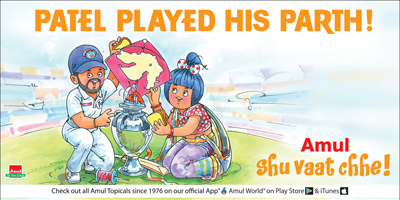 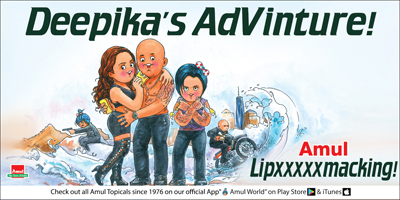 Early in 2017, Mahendra Singh Dhoni stepped down as Captain of the Indian T20 and ODI Team; handing over the crown to Virat Kolhi. Amul Girl says its ‘Dhoning [of] a New Role’. 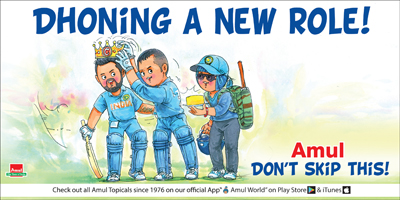