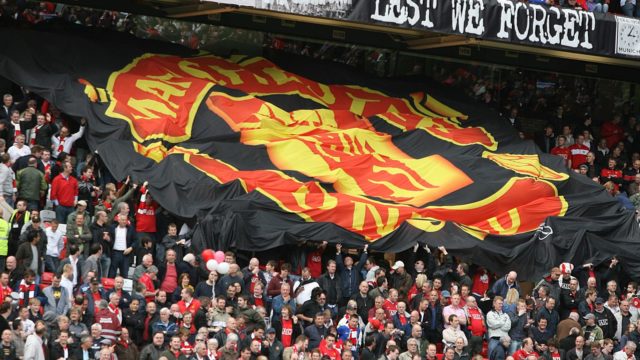 The Revenue Model of Manchester United

The following are the different sources of revenue for Manchester United.

Broadcasting revenue is the revenue derived by the club from the sale of global broadcasting rights to the various football leagues like the English Premier League, Champions League and other championships – that the club participates in.

The broadcasting rights (television & internet) to football events like the Premier League and the Champions League are sold to Media Companies across the globe by the league organizers. This revenue is then shared with the participating teams which forms a major source of revenue for such teams.

Given the club’s standing and its popularity among the fans (read Brand Value), global and regional brands find it alluring to associate themselves with Brand ‘Manchester United’ as sponsors. Sponsorship fees from forms a significant source of revenue for Manchester United.

The Club’s current shirt Sponsor is General Motors (Chevrolet). The deal being worth approximately 559 Million US Dollars over a seven year period. Their current training facilities and training kit partner is Aon.

Merchandising Revenue is derived from the sale of sports apparel, training and leisure wear and other clothing featuring the Manchester United brand as well as other licensed products from coffee mugs to car accessories. These products are distributed on a global basis through Manchester United branded retail stores and e-commerce platform, as well as through partners’ distribution channels.

Prize Money is the revenue generated from participating in various football leagues and the revenues earned, depend upon the amount of prize money available in respect of a competition and the performance of the Manchester United team in such competitions.

Hope you liked our presentation of the Revenue Model of Manchester United. Please share your comments below. You might also be interested in knowing how Trivago makes Money